Join us for a Scare!

During Barnstable’s Halloween Parade Day, October 30, stop by and visit the Old Jail on Cobb’s Hill, next to the Coast Guard Heritage Museum. Built c.1690, it is the oldest wooden jail in America, and thought by many to be one of the most haunted. Discover carvings in the walls by prisoners from as early as 1698.

The jail was built by order of the Plymouth and Massachusetts Bay Colony courts and served as the Barnstable County jail until c.1820, when a new stone jail was built. 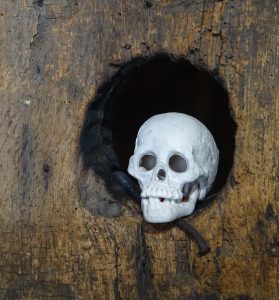