Washington’s Birthday was celebrated on February 22 until well into the 20th century. In 1968, Congress passed the Uniform Monday Holiday Act “to provide uniform annual observances of certain legal public holidays on Mondays.” By creating more 3-day weekends, Congress hoped to “bring substantial benefits to both the spiritual and economic life of the Nation.” As one of eleven permanent holidays established by Congress, Washington’s Birthday was moved from February 22 to the third Monday in February. Moreover, Congress has never declared a national holiday that is binding in all states; each state has the freedom to determine its own legal holidays. This is why there are some calendar discrepancies when it comes to this holiday’s date.

In a sense, calling the holiday “Presidents’ Day” helps us reflect on not just the first president, but also the founding of our nation, its values, and what Washington calls in his Farewell Address the “beloved Constitution and Union, as received from the Founders.” One of the great traditions followed for decades has been the reading of President George Washington’s 1796 Farewell Address by a U.S. Senator in legislative session, which remains an annual event to this day. Additionally, Abraham Lincoln’s birthday is February 12, so by calling the holiday “Presidents’ Day,” we can include another remarkable president in our celebrations as well.

US Presidents born in Massachusetts

US Presidents who called Massachusetts home

Bet You Didn't Know This...

Have you ever visited a real ice house? We have one in Cotuit Village

The Historical Society of Sansuit and Cotuit have an actual ice house that you can visit.

The ice house, opened in the summer of 2012, has a wonderful exhibit of ice harvesting tools and photographs. 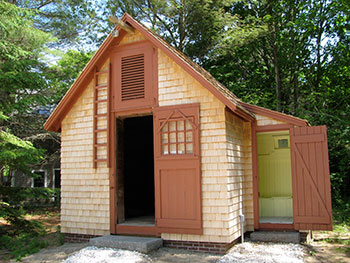 Baby its cold outside - What better to do than harvest some ice?

The History of Ice Harvesting

Sourced online by our Docent, this article was written by Michelle Prior, Wright-Locke Farm 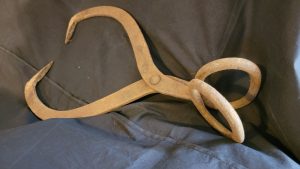 Before the advent of freon-based refrigeration in the early 1900s, ice was the only way to keep things cool and keep food from spoiling. Ice Harvesting – the process of extracting ice from freshwater sources – was a significant business throughout the 1800s.  The commercial ice industry can trace its roots to Boston, the first natural ice business began in Boston in 1805.  In its heyday, ice was the first agricultural product of the year in New England, harvested in the heart of winter, January & February.

Specialized tools were developed to harvest 12-20” thick ice, and the work was extremely labor intensive. Scrapers were used to clear snow from frozen lakes and ponds and the pond ice was scored into large grids (like a checkerboard) by ice plows. Large custom-made saws were used to cut ice blocks following the outlines of the scored grid. Splitting bars or spades separated the blocks from the larger grid. People working on the edge of the cut sections of ice then used long picks or poles to direct the ice blocks into channels cut into the pond – pushing them along like a floating assembly line. Ice blocks were then lifted into ice houses by conveyor belts powered by animals, machines or humans.  Gaffs were used to lift the blocks into place and the ice was tightly packed in rows and columns inside the Ice House.

Ice Preservation and Ice Use

Ice was preserved in houses which were specifically built for the purpose of storing harvested ice.  Ice houses were double walled and tightly insulated with straw or sawdust. Small ice houses were built by private landowners and commercial ice houses could store as much as 80,000 tons of ice.  The ice itself was sold to individuals and businesses and ice harvested in the heart of winter was preserved and sold throughout the year. Ice was often wrapped in blankets before being transported for sale.

Ice from New England was sold to customers in the southern United States, in the West Indies, South America, India, China and Europe. In the 1850s the ice box was patented and ice boxes began to appear in homes in greater numbers and families would receive weekly ice deliveries.

Ice was used primarily for preserving foods and making ice cream– it was not consumed the way it is today, to chill beverages or be blended into smoothies. Ice harvesting from natural water sources began to decline with the invention of automated ice machines and the widespread expansion of refrigeration.  However, ice harvesting is still being done in New Hampshire and Maine and the public can participate in the annual President’s Day weekend harvest at the Thompson Ice House in South Bristol, Maine.

In December, we celebrated the installation and first official lighting of the John Stackhouse Lighthouse Memorial. Special thanks go out to all the generous people who graciously donated to his memorial and participated in this event. The evening was a little brisk, but fun was had by all. Guests enjoyed hot cider and holiday snacks with warm conversations of loving memories. John served as a past member of our Board of Directors and served as past President of the Barnstable Historical Society.  Of the many things that John was passionate about were the giant lighted metal sculptures along 6A that were lit during the holiday season. To that end, John dreamed of having one in front of the BHS. With this installation we honor his contributions to not only the BHS, but our community. 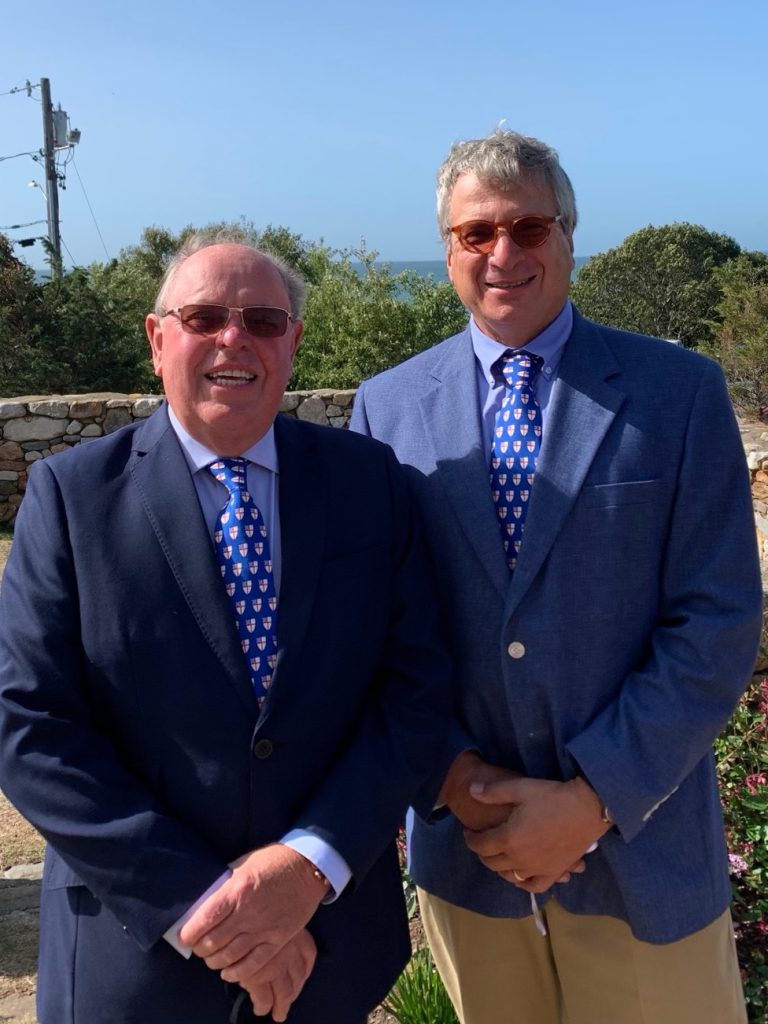 Although the first Thanksgiving is considered to have been between the Plymouth colonists and the Wampanoag, Thanksgiving as a national holiday, and the traditions still practiced today, actually have a Victorian beginning. For more than two centuries, days of thanksgiving were celebrated by individual colonies and states. It wasn’t until the campaign efforts of Sarah Josepha Hale however, that convinced President Lincoln to declare Thanksgiving as a national holiday on October 3, 1863 with the first national celebrations on November 26, 1863. The hope was for Thanksgiving to be a time to give thanks and would help to “heal the wounds of the nation” from the devastation of the Civil War.

Our Docent, found a great article providing more history about the traditions of Thanksgiving from our U.S. National Park Service. 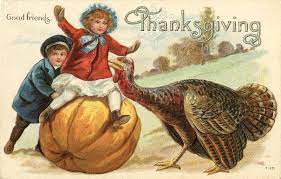 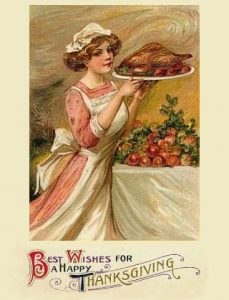 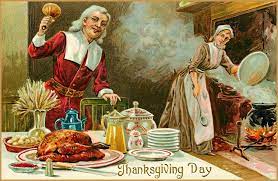 Vererans Day Rememberance - Thank you to all that have served

Printed media was a large part of wartime efforts. Government agencies held competitions for artists to submit their designs, allowing the government to increase the number of designs that it could choose from. It is said there were almost 200,000 different designs printed during the war depicting mostly positive rallying cries to support the war effort at home and for our troops abroad.

We found this interesting and very informative article called the “Powers of Persuasion” from the National Archives. 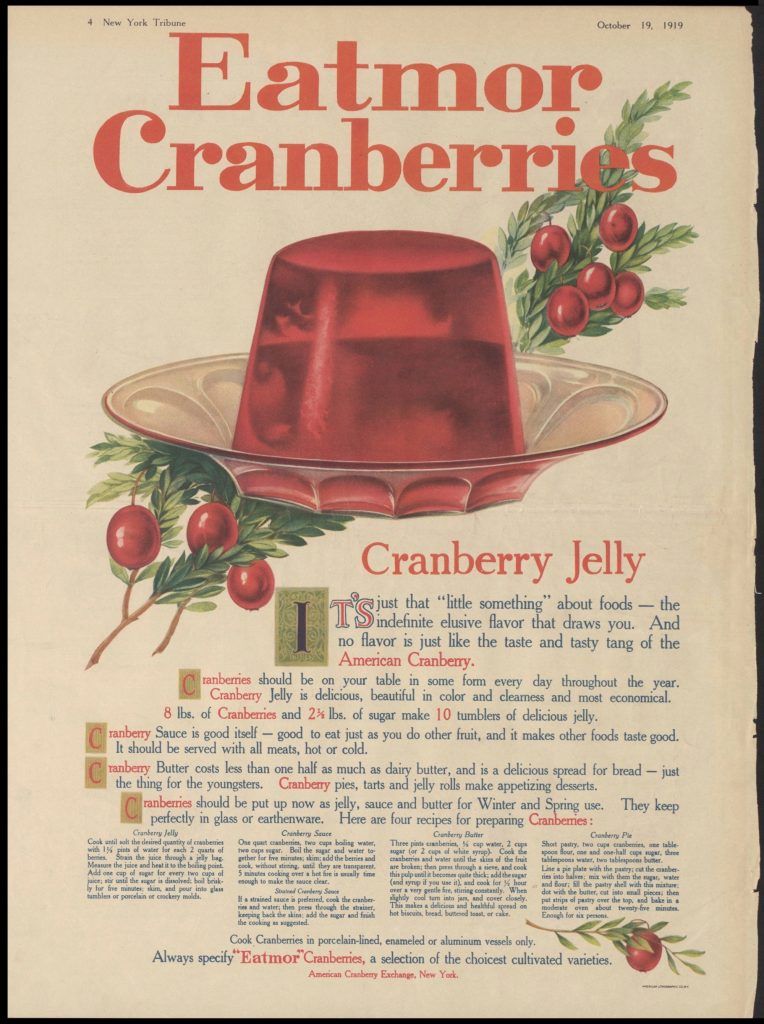 Cranberries are a Thanksgiving classic for good reason. The fruit is native to North America and was a staple in the Native American diet and lifestyle. Pilgrims were introduced to cranberries, likely at that very first Thanksgiving. Cranberries were harvested commercially for the first time in 1816 and were later sold in cans beginning around 1912. Ocean Spray cooperative began to take over the market in 1930 when they swapped from dry harvesting to wet and the rest is history.

Did you know – that in the early 1900’s Barnstable County had more than 2408 acres of land under cranberry cultivation? Who knew there were that many acres dedicated to Cranberries – just in Barnstable County?! We are sure many of you are familiar with this prized antique Cape Cod cranberry harvesting tool. This is called a cranberry scoop and was used to increase the harvest production of the delicious red fruits. We found a great article written in the Cape Cod Cranberry Growers Association that provides an extensive history of the cranberry. 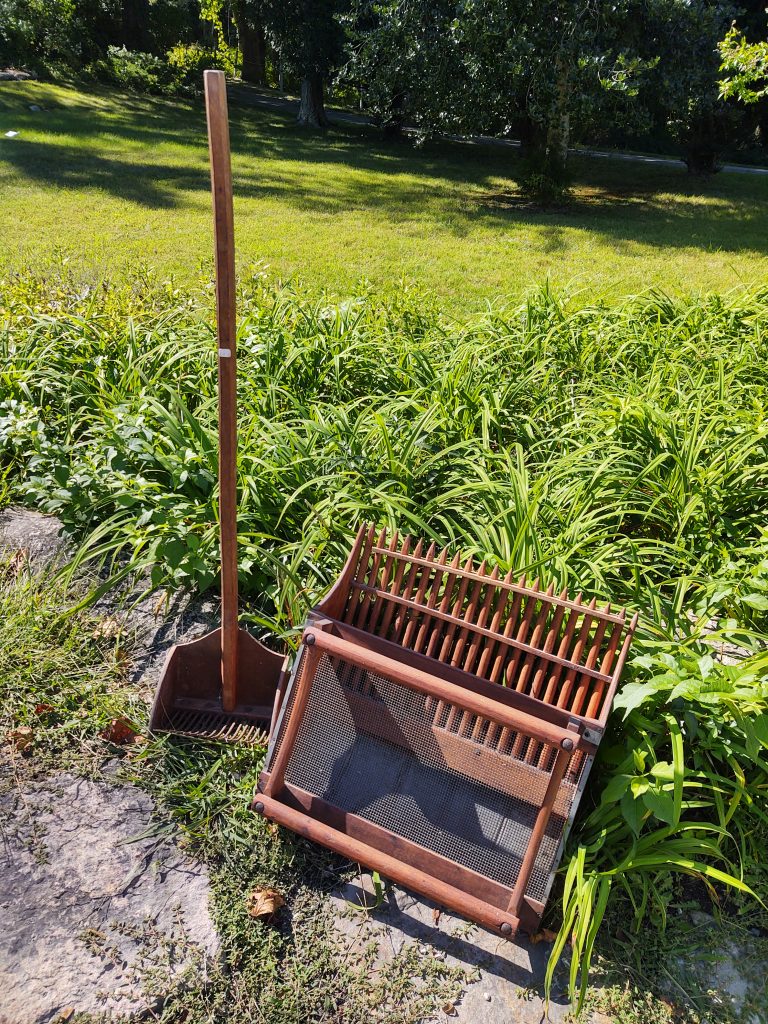