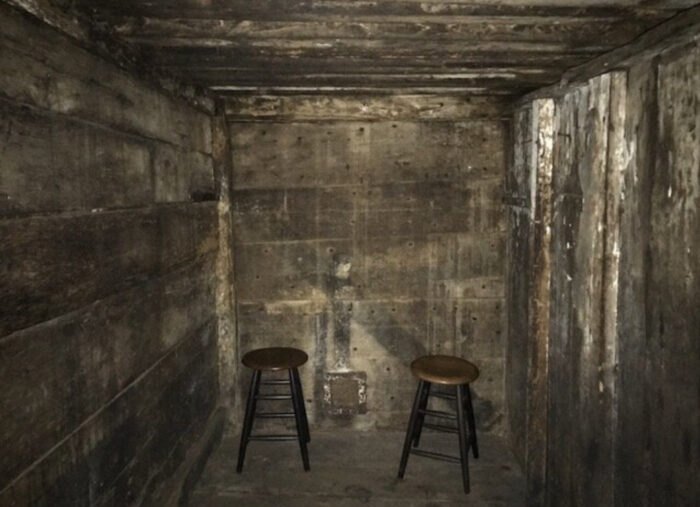 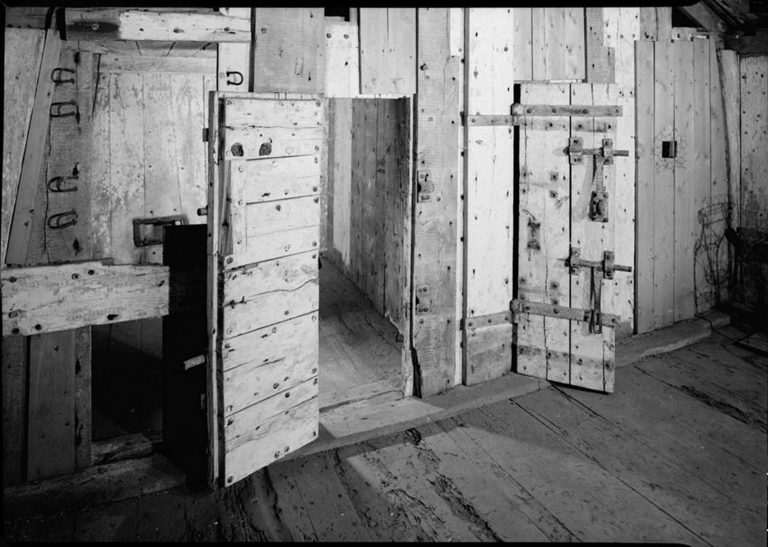 Barnstable’s Old Jail is a historic wooden jail, resembling a colonial domestic residence, which was built by order of the Plymouth and Massachusetts Bay Colony courts circa 1690. It served as the Barnstable County jail from 1690 to 1820 and is the oldest wooden jail in the United States. Despite an unfortunate fire which occurred in early 1973, the Old Jail remains as a remarkably intact example of an early colonial period jail. The six confining cells remain intact, providing vivid evidence of the harsh living conditions for the incarcerated.

The Old Jail originally stood on Old Jail Lane in Barnstable Village just west of the village center. When a new stone jail was built circa 1820, the wooden structure, was preserved for posterity by being built into the Constable’s barn. In 1968 it was rediscovered and separated from the barn. It was broken into sections and moved over several months in 1972 along Old King’s Highway, up Cobb’s Hill and placed on the grounds of the Coast Guard Heritage Museum at the corner of Main Street and Millway in Barnstable Village. The prison structure was listed on the National Register of Historic Places in 1971, and included in the Old King’s Highway Historic District in 1987. There are rumors, as one might imagine, of hauntings and sightings of paranormal activity inside the Old Jail. Since 2005, it has been the site of paranormal investigations and is the starting and ending point for tours of haunted attractions in Barnstable Village.

The colonial jail’s primary criminal law function was as a pre-trial and pre-sentence detention facility for criminal defendants, as well as imprisoned debtors. Generally, only the poorest or most despised defendants found their way into the jail, since colonial judges rarely denied requests for bail. The persons liable to incarceration included rogues, vagabonds, beggars, jugglers, fortune tellers, runaways, stubborn servants or children, pilferers, wanton and lascivious persons, and common railers and brawlers. The county sheriff was in control of the court jail, with most duties then delegated to jail keepers. The wealthy were usually able to avoid confinement by bribing the sheriff to allow them to stay in private houses.

There is little doubt that living conditions were brutal within the Old Jail. Inmates were placed into confining cells often without regard to separation by age, gender, or offense. Overcrowding, unsanitary conditions, disease, and abuse of prisoners at the hands of both jailers and fellow inmates plagued the jail and kept death tolls high. Upkeep was often haphazard, and few official efforts were made to maintain inmates’ health or see to their other basic needs. Indigent prisoners were allowed to beg, or subsist on food supplied from the locality. Colonial jail keepers were not paid a salary, but made a profit from the sale of food and goods to the prison inmates. Even when jailers were paid a certain amount to feed and clothe inmates, they might be disinclined to do so, being that they were able to keep what they saved by not taking care of their charges. As a result, inmates were malnourished and many starved or froze to death during New England winters.

Visitors can learn about crime and punishment during the 17th century and the harsh conditions endured by prisoners at the Old Jail through exhibit areas and prison artifacts. The heavy oak post and plank construction of the building, typical of 17th century colonial architecture, has two floors of windowless cells with original locks, hinges, and iron bars remaining. Visitors can view prisoner scratched graffito on cell walls, dated 1798 and 1808, as well as designs of schooners, arrow markings, and even a message “W. Bartlett 13d October 1698 and 27d he was let out”carved into the wood planks. Visitors are invited to sit in a prisoner’s cell and imagine what it might have been like to be locked inside. While alone in the dark cell, people have reported interactions with inmate entities, such as strange noises, voices, phantom footsteps and the sensation of someone brushing up against them. Visitors can also learn the fascinating account of notable detainee Goody Hallett, known as the Witch of Wellfleet, who was imprisoned in 1716 and who it is believed haunts the dark corners of the Old Jail. 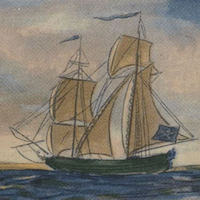 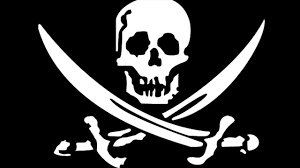 The fate of Pirates from the Whydah, the Mary Anne and the Old Jail

Nine of Bellamy’s pirate crew survived the wrecking of the two ships. They were all quickly captured by Justice Joseph Doane and locked up in Barnstable Goal. On October 18, 1717, six were tried in Boston for piracy and robbery, were found guilty, and sentenced to death by hanging: John Brown of Jamaica, Thomas Baker & Hendrick Quintor of the Netherlands; Peter Cornelius Hoof of Sweden; John Shaun of France; Simon van der Vorst of New York.

On November 15, 1717, the famous Puritan minister Cotton Mather accompanied the six condemned men as they were rowed across Boston Harbor to Charlestown. All six men confessed and repented in the presence of Mather, but they were still hanged.

Two crewmen Carpenters Thomas South and Thomas Davis, were tried separately and acquitted of all charges because they had been conscripted by Bellamy and forced to choose between a life of piracy or death.

One crewman, John Julian, the Miskito Indian from Central America, was not tried. He was sold as a slave to the great-grandfather of John Quincy after his capture and finally hanged 16 years later.

Commoners were locked away while awaiting trial once a verdict was delivered, they were punished on the spot or released. Debt was the typical criminal offense for which long-term imprisonment was common though this presented a paradox. Wealthy debtors who had money but refused to pay might be persuaded by the prospect of imprisonment to settle their obligations. Political prisoners and high-ranking prisoners of war were occasionally incarcerated. For most misdemeanor offenses there were 4 broad classes of punishment:

(2) public shame – whether with a demand for a public confession, a term in the stocks, or a mark to identify the malefactor’s offense, 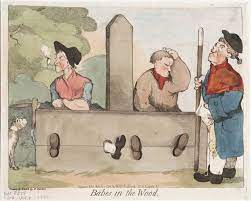